The nature and human beings are intertwined with that of nature. Infect there exists an inseparable bond between man and nature. Man’s existence cannot be thought to be existed without the nature. This mother earth has blessed mankind with her bounties- the biggest being air/oxygen which we breathe to remain alive. But since time immemorial, man has been exploiting the resources of nature for his own benefit. It is ironical infect that the man is misusing the resources of nature. This boon is converting into the bane and nature further retaliates to man’s destructive actions.
To accommodate the overpopulation, coupled with the scarcity of resources, the destructive human activities like as deforestation and burning of fossil fuels are ever increasing phenomenon. The earth system is under tremendous strain. Which is threatening the survival of different organisms including human beings? It is because of sheer greed that man is deriving economical benefits at the cost of ecology which is putting the future generations at the risk. That’s why Gandhi ji once remarked that with remorse that there was enough in the world for its need and not its greed. Scientists and environmental experts warn that carrying on with the ecologically suicidal development will lead to more frequent disastrous.  To save the environment, humans will have to change their ethics for the same, and then only mankind would be saved.

Actually through this destructive nature, god gives message to the mankind to live in harmony with nature. Various NGOs and many spiritual organizations are trying at their level best to help the people during the natural calamities.

It is rightly being said that- whether the pollution is outside or inside, both are dangerous. So the need of the hour is not just to remove the outside pollution, but also remove the pollution, which is inside, in the form of jealousy, hatred, greed etc, so as to make this earth a livable place. 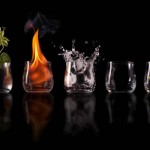 Next Story:
Time to Save The Mother Earth