For the first time in its 68 year history, minority communities in Pakistan including Hindus and Christians will have a national holiday observed on their important festivals. The total number of Christians in Pakistan was estimated at 2.5 million in 2005, which is around 1.6 per cent of the population.

The resolution was moved by Dr Ramesh Kumar Vankwani, an elected Hindu lawmaker of the ruling Pakistan Muslim League from Sindh.

Vankwani, who is also patron-in-chief of the Pakistan Hindu Council, was of the view that the announcement was inevitable for the good image of Pakistan as such holidays were also being observed in the United States on Eid, and in India on Muharram.

There are about 3 million Hindus in Pakistan and makes up around 2 per cent of the country’s population.

While the Federal Minister for Laws and Justice Pervaiz Rashid said that the number of holidays in Pakistan are more than any other country, he didn’t object to the resolution either. But despite the reluctance of the minister, he did not oppose the resolution, which comes as a welcome step when security and rights minorities in Pakistan are under scrutiny. Previous Story:
Time to Save The Mother Earth 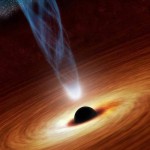