Types of Doshas in The Kundali

There are ample of instances available, when the person inspite of working so hard for a particular field, goes into failure, even the work done goes into vain. Similarly, it has been observed that the marriage relationships also get weaker, instead of becoming stronger. All this leads to severe disappointment and negativity in their life that they are not lucky, their fate does not support them.

The main cause behind this kind of situation is the incompatibility generated due to the stars. The planets and stars, when are at the favourable positions, cause comfort, whereas, opposite is seen in case of disarrangement and contradictory positions.

The presence of these Doshas in the Kundali can cause non-favourable conditions in your life such as marriage delayed, failure in the jobs, separation in the marriages, divorce and many financial problems.

Some of the doshas, which may in the Kundali can be:

As there is key of every lock, similarly, there is no problem, without a solution. There are numerous world famous, even many other Astrologers available, which are dedicated to serve the humanity with a noble cause of selfless service. Even the professionals, solving the problems at every level can be seen.

These kundali specialists or Astrologers, offer the Astrological remedies for all the problems that are occurring due to the conflicting position of the planets in your kundali. No dosha of the kundali can be said to escape from their eyes. The impact of positions of the planet into your life is read carefully.

The presence of Manglik Dosha and Nadi Dosha in your kundali will cause problems in the marriage issues. They are the reason for the delay in marriage or late marriage. Create problems between husband and wife or the reason for the separation in marriage. Kal Sarp Dosha is one of those typical can generate the harsh conditions in your life in Kundali. A person of Kal Sarp dosha suffers a lot in his life. They suffer much more than a normal person ever does in her life. So, produce presence of this dosha avalanche of pain, disappointment and pain in life.

To all the pain and suffering to escape and enjoy your life, you. 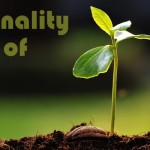 Next Story:
Who is God? What are Personality Traits of God?